How to Choose the Best AC Compressor Unit 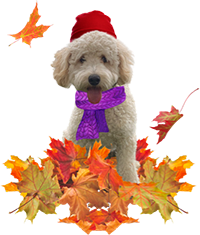 You’ve decided to invest in an air conditioning unit for your home, and now you’re faced with several decisions – one of which being which compressor speed to choose. To make the most informed decision, it’s important to understand the difference between the three most common compressors: single-stage, 2-stage, and variable-speed.

Let’s break it down.

Single-stage air conditioning is the least expensive option up-front. But it also could result in higher energy bills and more wear on the AC motor. A single-stage compressor works by distributing 100% cold air until your home or desired space reaches the desired temperature, at which point the unit will turn off. While reliable for cooling, this constant on/off process is not entirely efficient.

Two-stage air conditioning is similar to single-stage, but as the name entails, there is a second phase that can be utilized when cooling needs aren’t as high as 100%. 2-stage air conditioning units typically have an on capacity (100%) and a low capacity (60-70%), which results in a more energy-efficient system. These systems don’t turn off and on as regularly as single-stage AC, which helps to reduce wear and tear on the motor.

Bottomline: 2-stage AC is a great mid-priced purchase for your home’s cooling needs.

For example, if you only need your home cooled a degree or two, the compressor will work at a lower capacity (around 30% capacity). For higher cooling needs, it may run closer to full capacity. This helps to save on monthly energy bills due to the motor’s infrequent stopping and starting. Variable-speed compressors also offer more precise temperature control (typically cooling within 0.5º of the set temperature) and more even distribution of cool air within your home.

Bottomline: Variable-speed compressors are a more expensive option up-front, but can end up saving money on energy bills in the long run.

Still uncertain on which AC unit will work best for you? We offer insight as well as installation.  Give DeZiel Heating & AC a call so our team can walk you through the selection process. Schedule a free consultation and estimate at (763) 684-3965.