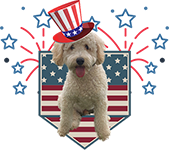 Think the only way to keep your home cool during the summer is with that old, bulky, and loud central air conditioning system? Well, we have good news – you have other options. Over the past few years, a different type of system – the mini-split – has become very popular with homeowners and businesses. In this article, we’ll explain why a ducted mini-split AC may be the right choice for your home.

What is a mini-split system?

A mini-split is a small, two-part air conditioning that is designed to cool a specific area of the home, as opposed to a central AC system that serves the entire house. In general, mini-split systems can offer more flexibility and energy efficiency than their whole-home counterparts.

When considering mini-split air conditioning for your home, you’ll find that they come in two types of systems:

Wondering if a high-efficiency mini-split air conditioning – either ducted or ductless – is a smart choice for your home? Call DeZiel Heating & AC at (763) 684-3965 for an expert consultation and free estimate.